New York City, NY – (May 22, 2012) – Dobel® Tequila and Perry Farrell, the creator of the Lollapalooza Music Festivals and legendary front-man of the rock band Jane’s Addiction, will collaborate on a fresh new sponsorship, advertising and experiential marketing campaign to promote the luxury tequila brand.

A $10-million dollar Television, Print and Digital advertising campaign featuring photographs and video shot by legendary music industry photographer Danny Clinch will kick off in June. The campaign takes audiences to the inaugural Lollapalooza Festival in Sao Paolo, Brazil with Perry Farrell and Dobel Tequila. The high energy campaign, explains Perry Farrell’s outlook on life and his desire to push the limits in everything he does. The spots feature the Jane’s Addiction song, “Underground” and will play across a range of National Cable, lifestyle and luxury magazines as well as trend-setting websites.

The collaboration will feature Dobel Tequila as the Official Tequila of Lollapalooza 2012 in Chicago with unprecedented activation. As an extension to the advertising campaign, consumers will be given the opportunity to enter the Maestro Dobel® Tequila / Lollapalooza Chicago promotion on Facebook.com/DobelTequila.

“Perry is one of the most creative and inspiring people in the world,” said a Dobel Tequila spokesperson. “With his culture-defining international music festivals, to his on-stage music performances, DJ’ing, design and other collaborations, he embodies the inspirational, entrepreneurial, devil-may-care lifestyle that defines Dobel Tequila.”

“When you’re going to tell your friends about a product, you gotta have belief in it” said Perry Farrell. “I like drinking Maestro Dobel – It gets me set for creative designery. I savor it at the start and end of every show.”

The Maestro Dobel Tequila advertising campaign was created by Brooklyn –based advertising agency, Dead As We Know It (www.deadasweknowit.com) and Marina Del Rey, Calif. – based MILKT Films (www.milktfilms.com).

About Perry Farrell: Perry Farrell is one of the most influential and original musical figures in recent history. Dubbed as the “Godfather of Alternative Rock,” Farrell fronts Jane’s Addiction, which formed in 1985. Creating a new genre and musical movement, Farrell and Jane’s Addiction changed the music scene and paved the way for bands such as Nirvana, Pearl Jam, Alice in Chains, and STP. In 1993, Perry created Porno for Pyros, a daring evolution to his diversity and growth. As well as being a groundbreaking musician, he is the creator and founder of Lollapalooza. Launched in 1991, Spin magazine listed Lollapalooza as the #1 tour that changed the world. Known for its musical diversity, Lollapalooza was instrumental in exposing alternative music formats to the masses and establishing a sense of commonality across a fragmented demographic. The first of its kind, Lollapalooza quickly established itself as a lifestyle festival, pushing the envelope and exposing concert goers to a subculture of ‘alternative’ living and art, and provided a platform for numerous environmental and human-rights causes as well. In 2011, Farrell was presented with the inaugural Billboard Apple Award. In honor of legendary promoter Bill Graham that is presented to a visionary artist or touring professional who goes the extra mile in making sure fans enjoy an exemplary concert experience. He also took Lollapalooza international with the launch of Lollapalooza Chile and is expanding with Lollapalooza Brazil this year. As a constant creative force, Farrell continues to push his own artistic horizon as a music producer, electronic music performer and visual artist, as well as a rock icon.

About Dobel Tequila: Dobel® Tequila is one of the United States’ fastest growing ultra-premium tequilas. The tequila is sourced from single estates and is distilled from 100% blue agave and bottled in Jalisco, Mexico. Each bottle of Dobel® Tequila is double-distilled, matured in Hungarian White Oak barrels, and filtered for exceptional smoothness and clarity. Dobel® Tequila is recognized for its superior smoothness and iconic packaging which includes a stopper and a modern twist on a vintage apothecary-style bottle, a heavily embossed bottle whose design is inspired by the laboratory sample bottles used by the distillery’s Maestro Tequileros (Master Distillers). Dobel Tequila ® is available nationwide in fine bars, restaurants and retailers – available in 200 ml, 375 ml and 750 ml bottles. The 750 ml bottle will retail for $54.99. 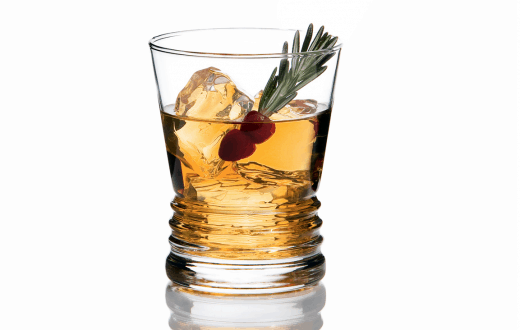 The 25 Most Influential Cocktail Personalities of the Past Century

MillerCoors Wants You To Have A Safe Holiday Season